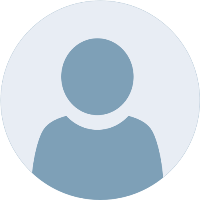 Bumping into CPNIS was an accident. It was my girlfriend’s older sister (now my sister-in-law) who saw the ad that they were coming to Davao and I was a little bit hesitant because recruitment scams are all over the news. This was 2008 back then. Maybe you ever wondered… wait, 2008? Yep, that long, but let me tell you why. It was the time that I held back because I don’t want to leave my girlfriend and my family. It was that time that my work experience wasn’t enough to be eligible applying for an immigrant skilled visa. It took me another 2 years again to reapply and be qualified for the application. 2 years came, and I said again, “I don’t want to leave her.”. So, in order for me not to let go of her, I decided to marry her. We’ve been together for nine years before we got married. Then she got pregnant. Then some of my personal family problems came in. Speculations came in with my own family saying, maybe that application of yours isn’t true. Maybe it’s a recruitment scam, maybe you were just being douched. Little they didn’t know I was the one delaying it because I don’t want to let go, not while in a perfect time. Then finally, we concentrated applying now as a family. That took us long. Maybe you were thinking, that’s so long before they have their Visa. That’s not the point that I’m stressing. As a matter of fact, we completed the whole application just this June 2015 and got our visa granted October. Yes, they processed it fast and they fulfill their promise. My point is, CPNIS never gave up on applying your request. They never discouraged people and even gorged money from your pockets. Even my application was since 2008, they will never say “call it quits” or “Thank you for your money, apply again” and forget about you. Many things happened during my unwillingness. Dr. and Ashkan Alemi never lose hope on me. I maybe be known to them right now because of the drama, but they never failed me and left me behind. Thank you for the opportunity that you have brought to us. And thank you for the Christmas gift that you gave us this year. Don’t worry guys, they aren’t sham. They are true to their word and won’t let you down. And now, we will have our second child baby but soon will be a Canadian Citizen.